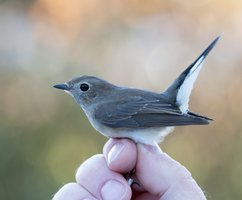 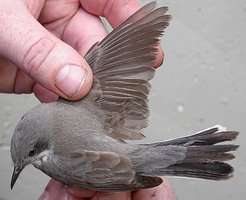 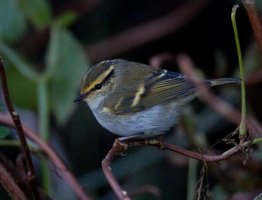 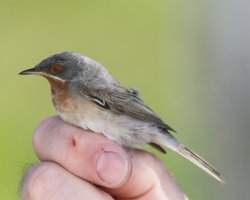 Sula – the bird paradise in Trøndelag

Sula is an island community in Frøya muncipality in Trøndelag, mainly located on the island Store Sula, approximately 15 kilometers northwest of the island Frøya.

May 1st 2006 marked the opening of the ferry connection from Dyrøy to Mausund, Bogøyvær and Sula.

With its location west in Trøndelag and far out in the sea, Sula has become a hotspot for birdwatchers - especially during migration in spring and autumn.

In addition to good numbers of the common coastal bound birds, Sula has attracted wide attention in regard to the rarities showing up on the island.

Sula has two first records of bird species in Norway – both during the autumn: Eastern Orphean Warbler in 2004 and Taiga Flycatcher in 2019.

It is also possible to travel to Sula with public corresponding transport from Trondheim: Speed ferry from Trondheim to Sandstad, then bus from Sandstad to Dyrøy, and then the ferry towards Sula. Ferry routes can be found on ATB.no.